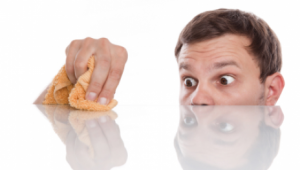 Obsessive-compulsive disorder (OCD) is characterised by the presence of obsessions (unwanted and intrusive thoughts, images or urges which repeatedly and involuntarily enter the individual’s mind) and/or compulsions (repetitive behaviours or more covert mental acts which the individual feels driven to perform and are not inherently pleasurable, unlike impulsive acts such as gambling or shopping).

Assistance from a psychologist is recommended when the symptoms of OCD are causing significant distress, or are interfering with your everyday functioning including relationships, work or social functioning.

Psychological assessment for OCD broadly consists of an investigation into the context of its development, the nature of obsessions, compulsions and avoidance behaviours, level of family support, degree of impairment to the client, goals for and expectations of treatment, and readiness to change obsessions or compulsive behaviours.

How is OCD treated?

Mostly psychologists employ Cognitive behaviour therapy (CBT) with a focus on exposure and response prevention (ERP). It is considered the optimal psychotherapeutic treatment for OCD.