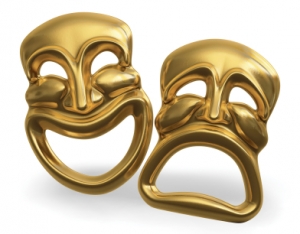 What is Bipolar Disorder?

Bipolar disorder (sometimes called manic-depression) is an illness, a medical condition. It affects the normal functioning of the brain, so that the person experiences extreme moods — very high and over-excited or very low and depressed. The person may be affected so much that he or she experiences the symptoms of psychosis, and is unable to distinguish what is real. The symptoms generally react well to treatment, and most people with bipolar disorder recover well from episodes of the illness.

What are the symptoms?

People with bipolar disorder can become high, over-excited and reckless, or imagine that they are more important or influential than they are in real life. They can also become extremely low, feeling helpless and depressed, with difficulty making decisions or concentrating. Some people mainly experience highs. Some experience mainly lows, and some experience both extremes — becoming profoundly depressed or over-excited. The person may then behave in an uncharacteristically irrational or risky manner.

The causes of bipolar disorder are not fully understood. As with any other illnesses, they are likely to be a combination of hereditary and other causes, but a genetic predisposition to develop the illness has been clearly established by scientists.

There are several types of bipolar disorder. Each type is identified by the pattern of episodes of mania and depression. The treatment that is best for you may differ depending on the type of bipolar disorder you have. Your doctor will look carefully to determine where your symptoms fit.

How is Bipolar Disorder treated?

A comprehensive treatment plan for bipolar disorder aims to relieve symptoms, restore your ability to function, fix problems the illness has caused at home and at work, and reduce the likelihood of recurrence. A complete treatment plan involves: