What Is Domestic Violence 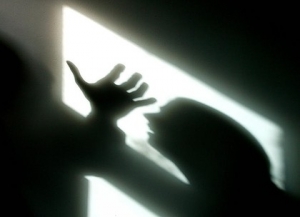 Domestic violence is a pattern of coercive and assaultive behaviors that include physical, sexual, verbal, and psychological attacks and economic coercion that adults or adolescents use against their intimate partner.

It is the pervasive and methodical use of threats, intimidation, manipulation, and physical violence by someone who seeks power and control over their intimate partner.

Domestic abuse, also known as spousal abuse, occurs when one person in an intimate relationship or marriage tries to dominate and control the other person. Domestic abuse that includes physical violence is called domestic violence.

Domestic violence and abuse are used for one purpose and one purpose only: to gain and maintain total control over you. An abuser doesn’t “play fair.” Abusers use fear, guilt, shame, and intimidation to wear you down and keep you under his or her thumb. Your abuser may also threaten you, hurt you, or hurt those around you.

Domestic violence and abuse does not discriminate. It happens among heterosexual couples and in same-sex partnerships. It occurs within all age ranges, ethnic backgrounds, and economic levels. And while women are more commonly victimized, men are also abused—especially verbally and emotionally, although sometimes even physically as well. The bottom line is that abusive behavior is never acceptable, whether it’s coming from a man, a woman, a teenager, or an older adult. You deserve to feel valued, respected, and safe.

Signs of an abusive relationship

There are many signs of an abusive relationship. The most telling sign is fear of your partner. If you feel like you have to walk on eggshells around your partner—constantly watching what you say and do in order to avoid a blow-up—chances are your relationship is unhealthy and abusive. Other signs that you may be in an abusive relationship include a partner who belittles you or tries to control you, and feelings of self-loathing, helplessness, and desperation.

Recognising the warning signs of domestic violence and abuse

It’s impossible to know with certainty what goes on behind closed doors, but there are some telltale signs and symptoms of emotional abuse and domestic violence. If you witness any warning signs of abuse in a friend, family member, or co-worker, take them very seriously.

People who are being abused may:

People who are being physically abused may:

People who are being isolated by their abuser may:

The psychological warning signs of abuse

People who are being abused may:

If you need help, don’t hesitate to call Alegna Solutions. Speak up and don’t be afraid. If you do nothing, it is probably going to continue because of your silence. Call us today on 07 – 5596 9090

Join us on our social media!